Combining cutting-edge technology with a focus on prevention, Kaiser Permanente Ventura County puts you and your health at the heart of everything we do to help you get healthy, stay healthy, and thrive.

Ventura County in The News 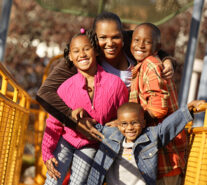 Kaiser Permanente member and current Port Hueneme Councilmember, Steven Gama, is a great example of how KP’s coordinated care system and specialty services work together for the benefit of our members. In 2017, Steven learned that the results of his PSA test were extremely elevated. He instinctively felt that it was serious but agreed to retake the test to make sure that it wasn’t the result of an anomaly or error. When the second test came back even higher, he knew what he was facing, and a biopsy confirmed that he had prostate cancer.

Immediately, his care team at Kaiser Permanente kicked into high gear and he would soon experience first-hand the special coordination of care provided to members living in Western Ventura County, benefiting from the high quality of KP’s combined specialty services.

Steven was referred to Ventura urologist, Seyed Khoddami, MD, one of a group of contracted local urologists serving KP patients in Western Ventura County. After consulting with Dr. Khoddami, he was scheduled for surgery at Community Memorial Hospital, Kaiser Permanente’s affiliated hospital partner. According to Steven, his surgery and hospital care were excellent – a seamless reflection of the unique care delivery provided by Kaiser Permanente working in partnership with local providers and Community Memorial Hospital. “Everything worked very well from the point of my diagnosis on and I received great care from Dr. Khoddami and at the hospital,” he said.

The surgery was successful, but pathology results revealed potential presence in his lymph nodes and bladder, so Steven was referred to Kaiser Permanente’s Los Angeles Medical Center for a special consultation to establish a personal treatment plan and he was very impressed with the comprehensive care provided there. From that point on, he was followed by Ventura-based KP hematologist/oncologist, Hao Wang, MD, who oversaw his treatment and provided outstanding ongoing care at a local level.

In addition, he began a series of infusion treatments at the new Market Street location every three weeks over a number of months. Steven was impressed by the services, staff and the care provided at the Market Street medical offices, saying, “I really liked the new center and the ability to have my treatment in one place where I could get my infusion, have my blood drawn, get x-rays and access the pharmacy all in one visit.”

Since finishing his treatments last year, Steven has been doing well and even won a seat last November on the Port Hueneme City Council. He is a twenty plus-year resident of the Port Hueneme community and is employed by JSL Technologies Inc. and works at NAVSEA on Naval Base Ventura County in Port Hueneme. He is very dedicated to his role as a public servant and is working hard to bring needed improvements to his city. He credits the medical excellence of his entire Kaiser Permanente care team, working together to help him achieve the optimal outcome. And he is thankful for the care and treatment he received which has kept him thriving and able to serve his community and fellow citizens.

Every Saturday he can be found at the Alaska 261 Memorial at 8:30 a.m. working with others to pick up beach trash. Over the last nearly four years, he has missed only a few Saturdays. One was when he had his Saturday surgery with Dr. Khoddami and three other days while in Kauai. “I believe the can do thrive philosophy helped me power through all my treatments and it has been an extremely positive experience. We all face the same beginning and end so don’t let a diagnosis get in the way of a thriving life.” 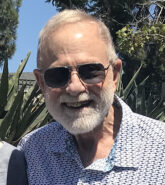 Kaiser Permanente member Ken Kushner doesn’t consider himself a hero. The three-time Purple Heart recipient for his service during the Vietnam war is humble when discussing his 13 months in action where he was wounded multiple times and ultimately left with a permanent brain injury as well as other severe medical problems. After returning home and suffering with the aftermath of his injuries for five years, weekly seizures finally forced him to undergo life-threatening brain surgery that resolved the issue but left him partially blind without a left field of vision in either eye. Despite that, he doesn’t complain, yet simply states that, “Whenever you go to war, you don’t come back unchanged.”

Prior to losing his sight, Ken had led an active life. He graduated with a business degree in 1975 and started a successful furniture business. But after losing his sight and spending three months at the VA’s Western Blind Center, at the age of 26 he was told he was unemployable and would be on Disability for the rest of his life. However, after meeting others there with even worse injuries, he was determined that he would do something with his life. It was shortly after this that he met his wife, Bebe, and they married in 1977. The couple lived in the Santa Rosa area and Bebe was covered through Kaiser Permanente. Ken still had many ongoing issues from the aftermath of his injuries and, even though he received care through the VA, she was convinced he could get better care at Kaiser Permanente. She signed Ken up as a member through her coverage plan and Ken began his treatment immediately, first getting much-needed surgery to remove shrapnel that was still causing him pain.

From that moment on, Ken became a dedicated KP member. “I have loved it ever since,” he said. In addition to surgery, Ken began treatment through the behavioral health department for PTSD, something that was life-changing for him. He is a strong advocate for PTSD awareness and feels that his ongoing care through the behavioral health department at Kaiser Permanente has had a significant impact on his life.

When Ken and Bebe moved to Camarillo more than a decade ago, she was determined to maintain Kaiser Permanente coverage for the family. Although she had job opportunities closer to home, she decided to accept a position with the Ventura Unified School District which meant a significant commute every day in order to keep their Kaiser Permanente benefits. Ken quickly found great local KP physicians and was happy to discover the same excellent care in his new hometown. Ken credits his Camarillo and Woodland Hills care team - Dr. Oltita Tirzamin, primary care physician, Dr. Mingfei Luo, endocrinology, Dr. Tom Letvinchuck, psychotherapist, Dr. Julia Krankl, psychiatrist, and Adan Valencia, physical therapist - for providing him with a quality of life he might not have without the exceptional care they provide. He also has special words of praise for Dr. Michael Chang, an LAMC-based thoracic surgeon, who provided corrective surgery to relieve stomach problems from which he had been suffering for many years.

Ken is still active today and giving back to the community as he vowed to do so many years ago. Over the years he has donated countless hours to numerous food pantries, Big Brothers/Big Sisters and as Commander of the Purple Heart Chapter and Viet Nam Veterans Chapter. He has never allowed his disabilities to hold him back from service and he is especially thankful to Kaiser Permanente for helping him maintain his health in order to live a full and active life. “The thing about Kaiser Permanente is that they treat the whole person,” said Ken. “Everyone always has a smile and is always welcoming. It makes me feel like they truly care.”