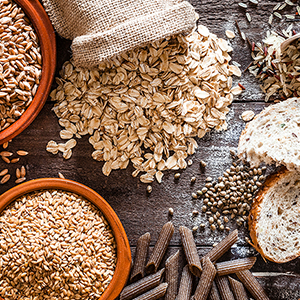 Going gluten-free? Here’s what you need to know.

Gluten gets a bad rap. You’ve likely heard people say things like “gluten is bad for you” or “a gluten-free diet is a healthier way to eat.” But that’s not necessarily true. To help make sense of it all, Alexis Brooks, a registered dietitian at Kaiser Permanente in Carson, California, shares information on gluten, gluten-free foods, and why gluten may not be that bad for you.

What is gluten and which foods contain gluten?

“Gluten is a type of protein that’s naturally found in wheat, rye, and barley,” says Brooks. Gluten is found in a lot of processed foods and it’s often added to foods to help thicken it or hold its shape. You can find gluten in breads, pastas, cereals, crackers, cakes, cookies, couscous, matzo, seitan, and beer.

To truly avoid gluten, read ingredient labels carefully to make sure gluten and any of its derivatives aren’t listed. For example, you’ll find gluten in soy sauce, marinades, and even some flavored yogurts.

Is gluten bad for you?

“For most people, gluten isn’t bad for you,” says Brooks. “It doesn’t cause health issues.” Gluten-containing grains, like bulgur and barley, actually have good-for-you nutrients like fiber, vitamins, and minerals.

Celiac disease is a genetic, autoimmune disorder where the body can’t process gluten. When a person with celiac disease eats gluten, it causes severe damage to the small intestine and the body can’t absorb nutrients. They may also experience symptoms such as diarrhea, vomiting, skin rashes, joint pain, headaches, and overall mental fogginess. Celiac disease affects about 1% of people around the world.*

People with either a gluten allergy or gluten sensitivity should also avoid gluten for medical reasons. These conditions have similar symptoms to celiac disease — but without the damage to the small intestine.

Is a gluten-free diet a healthier way to eat?

“It’s not really the gluten that’s making the health difference,” she says. “It’s that you’re cutting out processed foods and making the shift to natural, whole foods in general.”

What foods should you eat when following a gluten-free diet?

It’s also important to make up for the nutrients you’re missing when you cut out gluten-containing whole grains. For example, B vitamins, iron, zinc, magnesium, and calcium. “To replace these nutrients, you should eat naturally gluten-free whole grains like quinoa, brown rice, corn tortillas, and starchy vegetables like sweet potatoes and winter squash,” says Brooks.

“A lot of people think eating a gluten-free muffin or cookie is somehow a healthier choice than eating one with gluten in it,” says Brooks. This isn’t true. “Those gluten-free products are no different than their gluten-containing counterparts — they’re still full of sugar and less healthy fats,” she explains.

Remember though, if you have celiac disease, it’s absolutely a healthier option because it’s protecting the lining of your small intestine.

Will you lose weight on a gluten-free diet?

“There’s no strong evidence that people lose weight on a gluten-free diet,” says Brooks. She’s actually seen people gain weight because they think they can eat as much as they want as long as it’s gluten-free. And they end up taking in more calories. The reality is gluten-free items are typically lower in fiber, higher in sugar, and higher in calories. Just because it’s gluten-free doesn’t mean it’s a healthier choice.

Is it OK to follow a gluten-free diet if you don’t have celiac disease?

“If you try a gluten-free diet — and don’t have celiac disease — and you happen to feel better as a result, keep up with it,” says Brooks. “You know your body and how you feel.” Just make sure you eat whole foods to make up for the nutrients you’re missing out on.

And if you’re debating going gluten-free, remember, there’s no diet quick fix. “I always recommend eating a balanced diet over diet trends,” says Brooks. “It’s more important to focus on your overall health, what you eat on a regular basis, your relationship to food, and moving your body.”