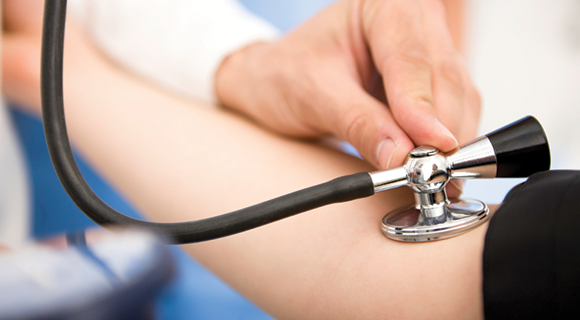 You may know that too much sodium can be dangerous for people with high blood pressure. But did you know that almost everyone should watch their salt intake?

The average American consumes between 3,500 to 5,000 mg of sodium per day. 80 percent of that sodium comes from restaurants, fast food, and processed foods — not the salt shaker.

How much sodium is safe?

The new 2010 U.S. Dietary Guidelines recommend only 1,500 mg per day for these higher-risk groups:

Why cut back on sodium?

If you have high blood pressure, reducing sodium has been shown to lower blood pressure after only a few weeks. When combined with diet and exercise, eating less salt can also reduce the amount of medication you need to take to get your blood pressure under control.

How much sodium are you really eating?

While processed foods and restaurant foods are the largest source of salt, all foods contain some sodium.

Think about your typical day’s meals. If you ate these mostly unprocessed foods, you’d only be consuming about 1,000 mg of sodium per day.

Cooking at home more often is a great start. But processed foods that may already be in your kitchen can push you over the recommended sodium limits.

Eat in a restaurant for 1 meal per day and you’ll quickly go over the recommended sodium limits. Consider these popular restaurant foods:

Cut back on sodium with these swaps:

Your taste buds will get used to the lower amount of sodium in just 3 to 4 weeks.

Remember that even a small decrease in sodium can have a big effect on your risk of a heart attack or stroke.