CORONAVIRUS/COVID-19: Learn how to protect yourself and get care 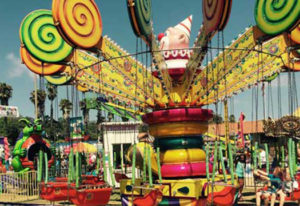 Kaiser Permanente will once again have a major presence at the Ventura County Fair between August 4 – 8. As part of our five-day sponsorship, we have a booth near the main Fair entrance, signage, sponsorship of Youth Day and the Youth Expo and advertising (running on the two Jumbotrons, PA announcements and entrance in the Ventura County Fair Parade). As in previous years, we will share a booth with our hospital partner Community Memorial Hospital. Stop by the booth to say hi! 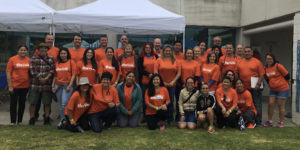 Kaiser Permanente was proud to once again sponsor Ventura Unified School District’s annual Summerfest on June 3, an annual event that celebrates healthy eating and active living and helps teach children and families the importance of incorporating healthy habits into their daily lives.

As we have done in previous years, we made a significant difference in the lives of local underserved youth by providing sports physicals—a pre-requisite to competing in team sports—for free to young attendees. In fact, we beat our record at this year’s Summerfest, providing 346 free sports physicals in all. Many of these teens might not be able to participate on a high school sports team without having access to this valuable service.

More than 50 Kaiser Permanente staff and physicians from Woodland Hills and Ventura County joined together in a huge team effort to supply the volunteer power required to stage a demanding clinical activity at an offsite location and move hundreds of young people through different stations.

As a sponsor of Summerfest, Kaiser Permanente promoted approaches to healthy living at our Marketing Booth by providing information on our local services, new Market Street building, general health information, as well as information on heart health and stroke awareness to 3,500 attendees.

In April, Kaiser Permanente was a sponsor of the Ventura Chamber of Commerce-hosted State of Education where the Ventura Unified School Superintendent and the Ventura College President provided a perspective on past accomplishments, as well as the current state and a future forecast of education in the City of Ventura. 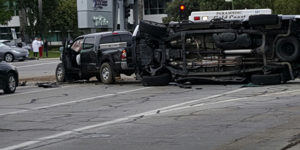 Thursday, February 16 seemed like any other busy day at the Kaiser Permanente Oxnard 2 office when around 2:30pm the receptionists working near the window heard the loud crash first.  Inside the building our Oxnard Department Administrator heard the loud boom and then received the urgent call from a staff member informing him of the emergency.

Immediately an alert code was issued over the loudspeaker. Physicians and staff made their way outside to discover that a terrible accident had occurred at the intersection of Gonzales Road and Lombard.

A midsize truck traveling east on Gonzales collided with a Toyota Tundra in the intersection. The Tundra then flipped over and ended up on its side, landing on another small car. This set off a chain reaction of cars rear ending other cars, which resulted in a seven-car pileup.

As the injured slowly emerged from their vehicles, Oxnard physicians and staff jumped into action to assist the single EMS provider first on scene. Staff ran to retrieve blood pressure cuffs and provide immediate assistance, while physicians and nurses assessed and triaged the wounded who were suffering from lacerations, glass embedded wounds, and potential spine and head injuries.

It was a traumatic scene and many of those injured were disoriented and frightened. But the team ensured patients remained stationary and calm, as they removed glass from wounds, controlled bleeding, and stabilized patients.

Our staff also served as translators for Spanish speaking patients as more EMTs arrived at the scene.

Once officials arrived on scene it was declared a Level I trauma zone, with at least four major injuries and six people requiring ambulance transport, as well as several others with minor injuries.

The entire situation lasted nearly 30 minutes before all of the injured were accounted for and transported for care. In that short time, the medical team from Oxnard provided outstanding emergency support in a very tense and chaotic situation.

It was a true team effort bringing care and comfort to these injured and traumatized people and a reminder of how our Kaiser Permanente team is willing to step up to serve whenever the need arises.