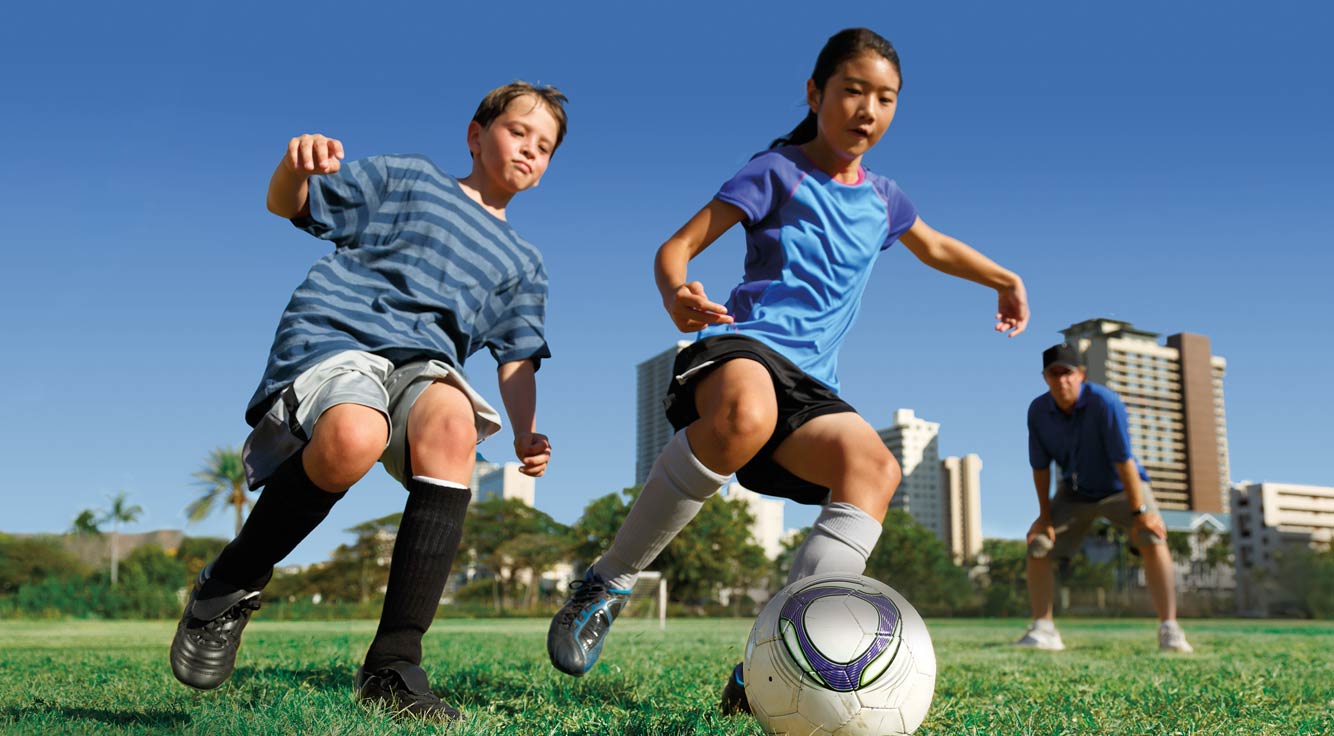 Kids and concussions: What Northern California parents should know

Encouraging your kids to be active is important. Playing team sports, in particular, can help build valuable traits like confidence and cooperation. However, it’s wise to be aware that these healthy benefits can come with certain risks, including the possibility of concussion.

An estimated 300,000 sports-related concussions occur annually in the U.S. Among 15 to 24-year-olds, only motor vehicle crashes exceed sports as the leading cause of concussions.*

To help you learn more about concussions and how they can affect your active child, we spoke with Dr. Neelesh Kenia, M.D., a Kaiser Permanente pediatrician and sports medicine specialist who’s also an assistant clinical professor of Pediatrics at UCSF.

What is a concussion?

Dr. Kenia: “Basically, a concussion is a traumatic injury to the brain, from any blow to the head or body, that causes the brain to move around rapidly inside the skull. I sometimes tell patients to think of it, very simplistically, as ‘a bruise to the brain.’”

How can I tell if my child has had a concussion?

“Concussion can cause a whole slew of symptoms, not just headaches. In fact, the Centers for Disease Control and Prevention (CDC) has outlined a checklist of 22 possible concussion symptoms, including physical signs like nausea, cognitive and emotional ones like confusion and irritability, and sleep problems, too.”

What should I watch for?

“People may think of getting knocked out as the most typical symptom, but that doesn’t usually happen. Most athletes diagnosed with a concussion never lose consciousness.

“A concussion could be indicated by balance problems, trouble with bright lights, or many other signs. That’s why it’s so crucial to get your child evaluated by a doctor if you’re at all concerned about the possibility of a concussion.”

Is a concussion always obvious right away?

“No, it’s not. A young athlete may seem fine after an impact, or even say they feel fine — yet symptoms can appear later on, after hours or a few days.”

If I think my child has had a concussion, should I let her keep playing?

“If you see any symptoms of concussion, or have any concern, take your child out of the game immediately. Continuing to play with a concussion could be dangerous. Get her evaluated by a doctor, and let her return to play only when it’s safe to do so. The key phrase to remember is, ‘When in doubt, sit it out.’”

What’s the best thing I can do if I think my child has had a concussion?

“Take her out of the game and get her evaluated by a doctor who has experience managing concussions. The doctor will determine the best treatment course depending on your child’s symptoms, history, and other factors. Only once your child’s symptoms improve can she start the return-to-play protocol.”

If my child has had a concussion, will she be OK?

“Generally, yes. The vast majority of young people recover well from a concussion. It could be a matter of days, weeks, or months, but most likely they will make a full recovery.”

How can parents help prevent concussions?

“The best way is for parents to be educated about concussions. At Kaiser Permanente, we also emphasize prevention: reducing your child’s exposures to impact, using proper equipment and technique, and following the rules of the game are very important. Helmets and mouthguards, though important, have not been shown to protect against concussions.

“Many sports now have rules that seek to limit young athletes’ exposure to the risk of concussion. As we learn more and more about concussions and their effects, and help young athletes recover, we continue to identify better strategies for prevention.”